What Are Traditional American Tattoos?

The classic American style is reminiscent of those who made the style so popular originally in the early 1900s and beyond. Some of the forerunners of the classic American tattoo style were heavily inspired by the bold artistry of Japanese tattooing, combining Eastern-style use of imagery combined with bold, bright colors to create a simplistically refined tattoo. Some of the most common features of an American traditional tattoo are saturated designs (complimentary for all skin tones), sharp and black outlining, heavy shading, bold line weights, and bright colors.

The first appearance of what we’d consider an American traditional tattoo came in 1907 when individuals not constricted to societal standards began popularizing getting ink. People who had tattoos often operated outside the modern-day formalities of their time, such as sailors, nomadic travelers, or circus performers. The American-traditional trend skyrocketed in popularity during WWII after Pearl Harbor when servicemen fought near Honolulu, a location where tattoos were commonplace with Polynesian culture. Every tattoo has a unique meaning, as is the case for each design of an American traditional tattoo. In theory, any image can be designed to abide by the standards of the classic American tattoo style but some images are more commonly pursued than others. Some of the most popular traditional American tattoos include:

How to Choose the Best American Tattoo Design for You?

There are many decisions one needs to consider before choosing a tattoo, whether it’s an original design or one of the many traditional American styles we’ve explored. Choosing the best American traditional tattoo for you should begin with what type of design you’d like best, whether it’s a part of a traditional American tattoo sleeve or your first tattoo. Once an idea of a design has been chosen, it’s time to think about where on the body you’d like it placed. After you know where you’d like the design to be, begin to consider how large the design should be, being mindful of not warping the image with its size or placement. Lastly, make sure to choose a tattoo artist that you can trust who understands the fundamentals of traditional American tattooing that can create and tattoo a design that brings your idea of an American traditional style to life. 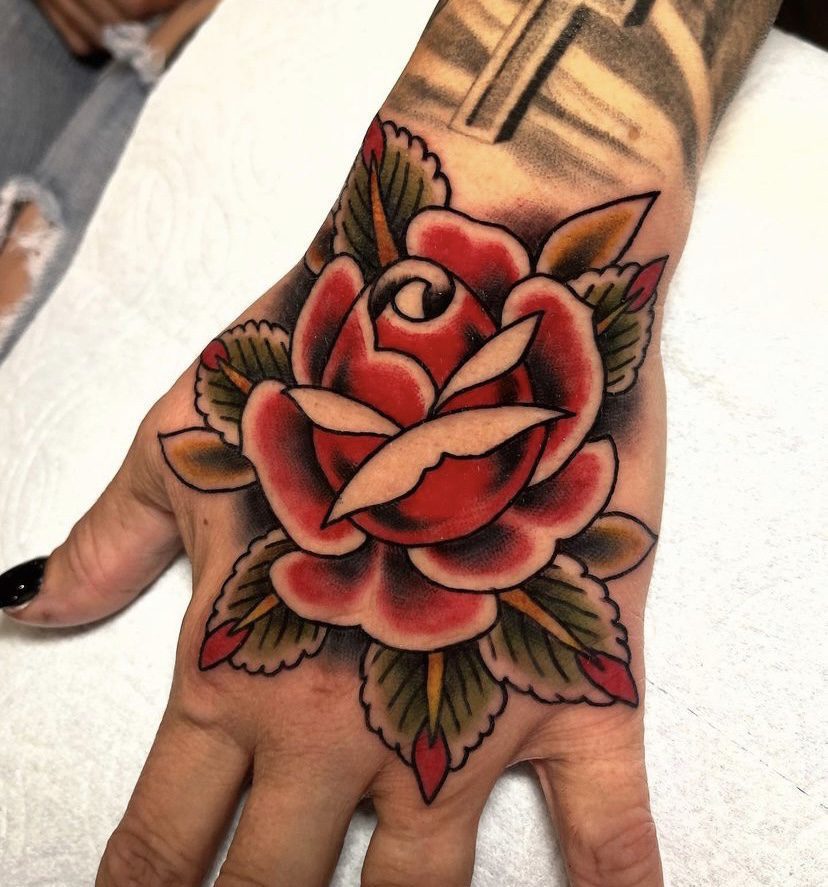 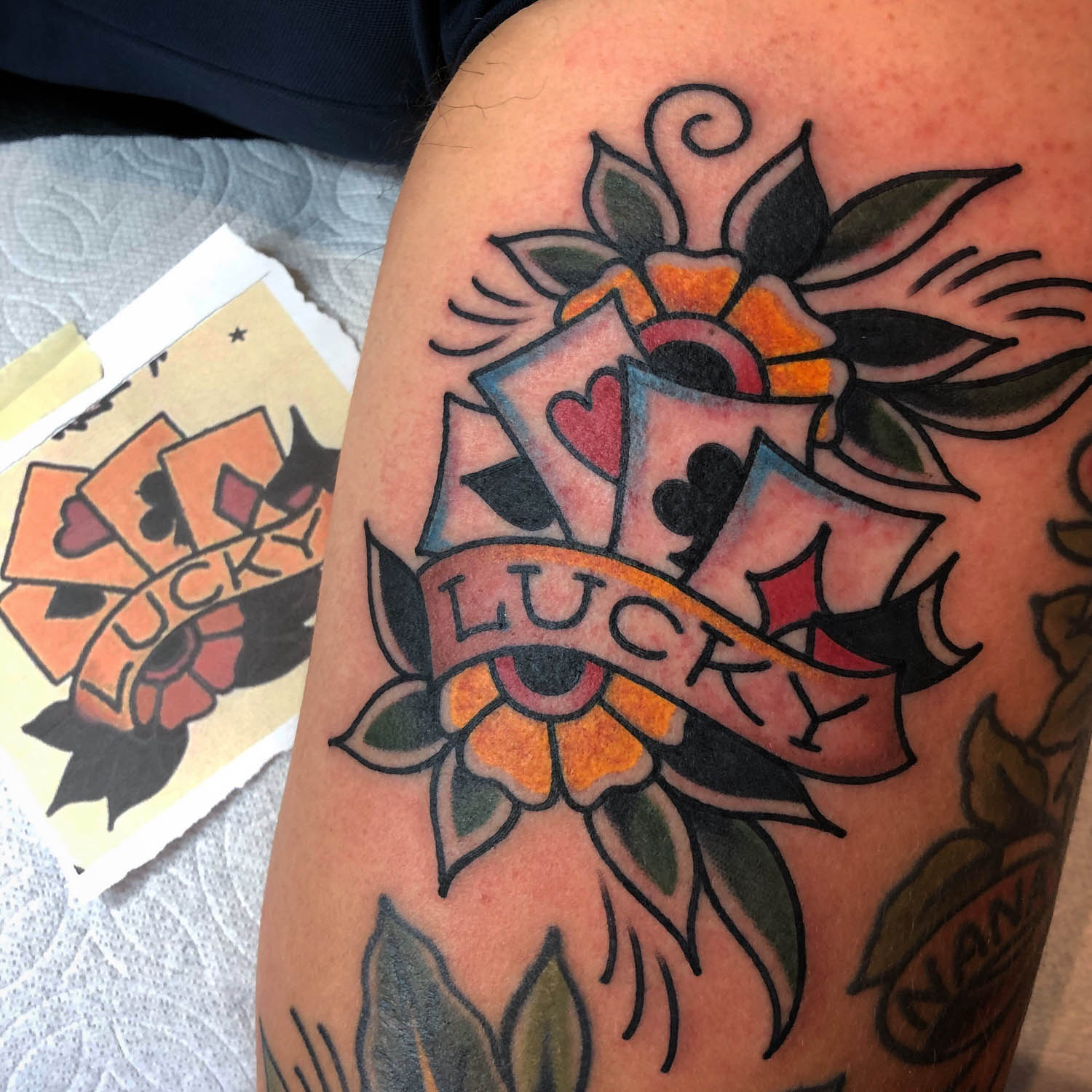 American traditional tattoos hold a prominent position within tattoo culture, withstanding the test of time as a popular design choice for many decades. While defined by their bold and simplistic designs, a great-looking American traditional tattoo depends upon a reliable tattoo artist familiar with the perimeters of the classic American style. Chapter One Tattoo prides itself on our captivating designs and trusted artists seeking to create a piece of art you’ll always be happy to display. Check out a few of our artists that specialize in American traditional style to begin choosing a design and book an appointment today!